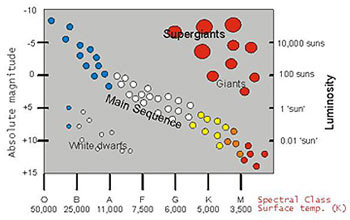 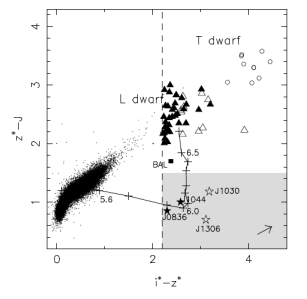 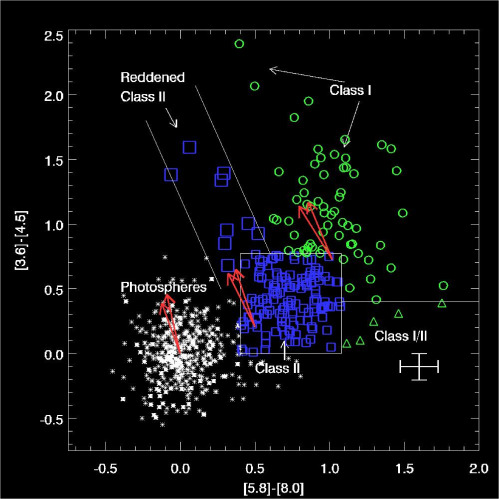 A color-color diagram in general is a useful tool in (a) finding the young stars, and (b) making a guess at the age of young stars. Using Spitzer colors, we can do this more easily than in many other color-color spaces. Here is an example of a color-color plot using IRAC colors. By making models of stars, astronomers have determined that a star's position on this graph is related to its age since the star’s position on the graph is related to how warm or cool it is. Stars start out as cool (or red) and become warmer (bluer), therefore they shift positions on the diagram as they age.

This page has more information about these evolutionary classes of youngs tars.