From CoolWiki
Revision as of 17:51, 31 July 2020 by Rebull (talk | contribs) (Created page with "''By Dr. Luisa Rebull, version 1, 19 Dec 2019, for Olivia and Tom'' Attempting to work through this scaffolding (after some preliminaries): # How it works for a single isolat...")
(diff) ← Older revision | Latest revision (diff) | Newer revision → (diff)
Jump to navigationJump to search

Attempting to work through this scaffolding (after some preliminaries):

Many of the hiccups you are having may be coming from the fact that, by eye, you can see the sources *there* so what is the issue, but the gap in understanding has to do with explaining that to the computer in terms it can understand and mathematically reproduce identically each time.

Some web research (and consultations with other NITARP alumni) suggests that photometry resources on the web fall into two categories (1) overly simplified for basic concepts, or (2) throw you to the wolves in the context of masters’ or PhD work; figure it out on your own, buddy. So you’ve fallen in this legitimately present gap (crevasse?). I am not saying this is worth sharing with anyone else, or even maybe that helpful here, but here’s a go at filling that gap.

Key concept #1 – for a given image at a given time from a given telescope, at a given location on the chip, the PSF is the same for all sources, of all brightnesses, in the image. The telescope responds the same way to a point source of light regardless if it is bright or faint. For faint sources, you see just the peak of the function; for bright sources, you see lots more details, but it is the same shape as for faint sources. 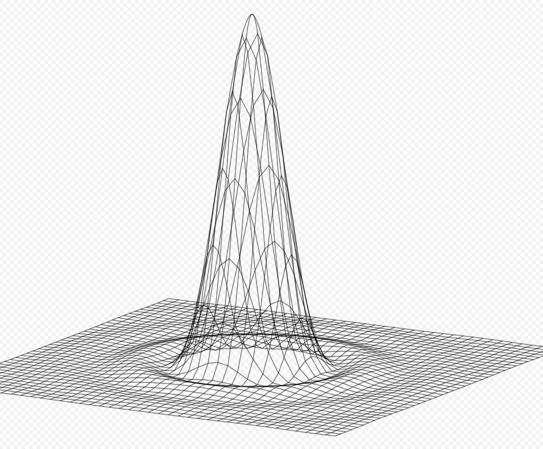 PSFs – all of them – start as Airy functions, because physics. Atmosphere may smear them out. Pixels may be so big as to only “see” the highest part of it. Lots of additional effects may matter. Ex: Struts holding the secondary may cause additional diffraction.