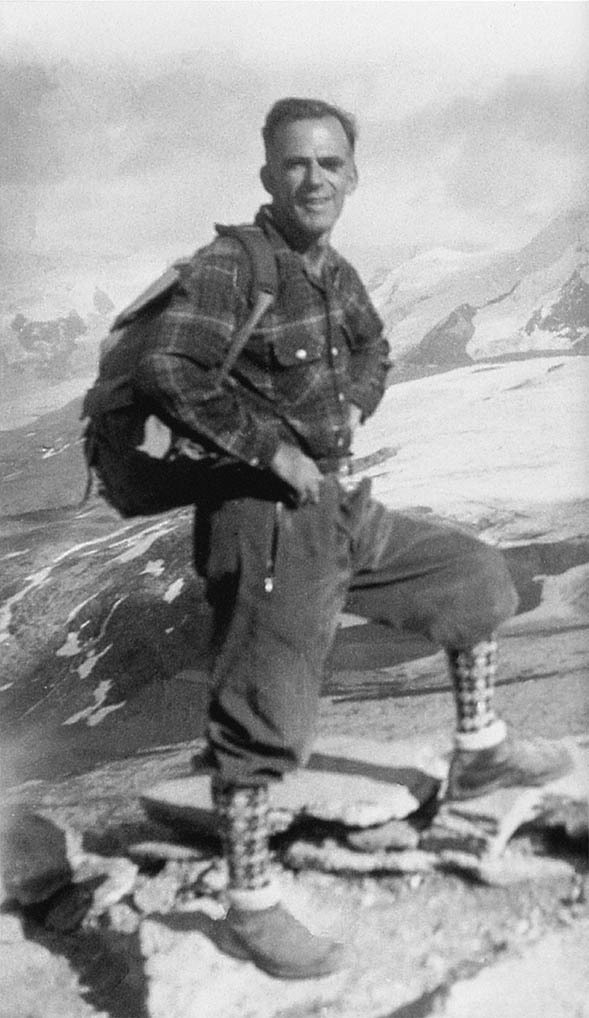 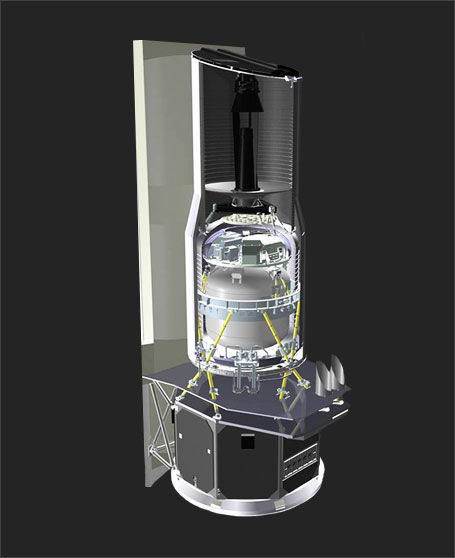 The Spitzer Space Telescope (SST) is an infrared space telescope launched in 2003 named after the scientist Lyman Spitzer, Jr. It is the last telescope in NASA's Great Observatories Program which also includes the Hubble Space Telescope, Compton Gamma Ray Observatory and the Chandra X-ray Observatory. The planned mission was to last 2.5 years with an expectation that the mission could be extended an additional five years beyond that time when it was expected that the liquid helium cooling the instruments would run out. Two of the instruments in the IRAC camera are still in operation and can operate with the same approximate sensitivity as before the coolant ran out. These will continue to be used in what is known as the Spitzer Warm Mission.

The SST is in a heliocentric orbit known as an earth-trailing orbit--it trails the earth in its orbit around the Sun. It trails at a distance such that Spitzer's sensitive instruments aren't saturated by the IR given off by the Earth and only needs to avoid pointing towards the Sun instead of having to avoid both the Earth and Sun. Spitzer cannot point any closer than 80 degrees from the Sun because the solar panels cannot shield the instruments from the intense sunlight at any angle smaller than 80 degrees to the Sun. Likewise, Spitzer cannot point anymore than 120 degrees from the Sun as then the solar panels do not receive enough sunlight to operate. 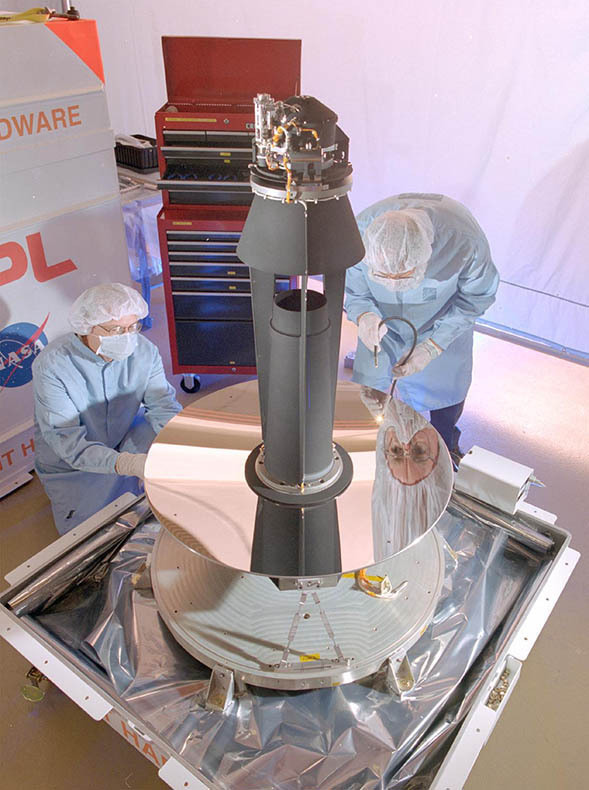 The telescope is a lightweight reflector of Ritchey-Chrétien design. The primary mirror in the telescope is 85cm in diameter (f/12) and made of beryllium. The telescope weighs less than 110 lbs and is designed to operate at extremely low temperatures.

There are three instruments in the multiple instrument chamber consisting of: (1) an Infrared Array Camera (IRAC), (2) an Infrared Spectrograph (IRS), and the (3) Multiband Infrared Photometer for Spitzer (MIPS). 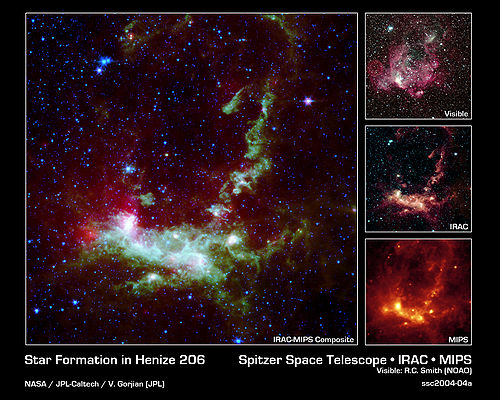 Henize 206 as viewed in visible and with IRAC and MIPS

Stars form from clouds of gas and dust that begin to gather together due to gravitational attraction. The protostars do not give off significant visible light until they've acquired enough mass and gravity to ignite fusion in their cores. As the collapsing cloud becomes increasingly massive, its gravitational pull also becomes stronger and thus inward pressure increases. Eventually, H-1 in the cloud is compressed to the point that it is moving fast enough and gets close enough for the nuclear strong force to overcome electrostatic repulsion and fusion takes place.

Spitzer has been useful in identifying the location of young stellar objects (YSO's). Because YSO's initially develop behind a thick veil of cosmic dust, most telescopes are blind to the beginning stages of star formation. Whereas stellar dust is opaque to the visible spectrum, it is transparent to infrared and thus, Spitzer can "see" into the cosmic dust into the regions where stars are forming.

Spitzer data has been used in detailed studies of large population of YSO's. The result of these studies have been an increased understanding of: how young stars are forming, how to classify protostars, how long the stages of star formation last, and the efficiency of star formation in various regions. Spectroscopy has led to an understanding of the make-up of YSO's.

Spitzer has been very useful in mapping the cosmic infrared background (CIB) radiation from the very early universe. Around fifty percent of the overall energy emitted by galaxies are in the infrared range.

Data from Spitzer (in tandem with Hubble) has allowed scientists to "see" very distant galaxies with cosmological redshifts of z values greater than six (z>6). This is enabling scientists to observe the very early universe.

Spitzer was the first telescope to directly capture light from an exoplanet. Before Spitzer's observation in 2005 of the "hot Jupiters" HD 209458b and TrES-1, all observations of exoplanets had been indirectly made from the light given off by the stars the planets were orbiting. In addition to confirming exoplanets found from Kepler and other data, data from Spitzer has been helpful in characterizing exoplanets. For example, with Spitzer data scientists have been able to measure the day versus night temperature differences of exoplanets, calculate the longitudinal heat distribution of the planet, characterize the advection of hot spots by wind on exoplanets, and identify molecules and unusual compositions in the atmospheres of exoplanets.